St. Joseph, Mo – The St. Joseph Sports, Inc. will present two $1,000 scholarships to the top St. Joseph high school boy and girl scholar/athlete and eight $500 scholarships to the runners-up for the 2018-2019 school year.  This presentation will take place on Wednesday, April 17th, 2019 at 6:30 p.m. at Missouri Western State University in the Kemper Recital Hall, MC 101.

Each local high school selected its top boy and girl candidate to compete with the selections chosen from the other schools. The final selection will be made by St. Joseph Sports, Inc. members. 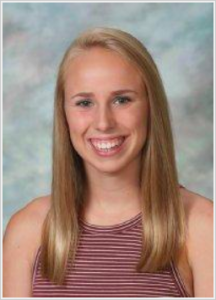 Kenzie is the daughter of Bob and Kristin Miller. During her high school career, Kenzie has been active in the following activities: Student Government (senate and cabinet), National Honor Society, Drug-Free Superstar, Freshman Mentor Program, Symphonic Orchestra, Young Life, and church leadership. Kenzie’s dedication to her academics and athletics are evident in her work ethic the investment she makes in the people involved. Kenzie is currently in the top 10 of her class out of 349 students, and has a composite ACT score of 26, as well as a 3.99 GPA on a 4.0 scale. While at Central, Kenzie has participated in cross country (4 years) and track (4 years). Kenzie has had many accomplishments in her running career despite several injuries she has faced. In cross country she has been All-Conference, All-District, and a two-time State Qualifier. So far in Track, Kenzie has been All-Conference, All-District, All-Sectional, State Qualifier, 4-time city champion, and District and Sectional Champion as a part of the 4×800 meter team, which also broke the school record. Next year Kenzie will be attending Missouri Western State University on a scholarship to run cross country and track. 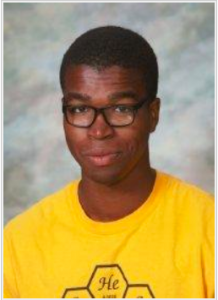 Joshua Clarendon is a first generation American. He is the son of Dominican immigrants who came to the US in 2000. He moved to Saint Joseph, MO with his mother, Cassandra Samuel, in 2006 where he attended Skaith Elementary and Saint Paul Lutheran before joining the Central High School student body in the August of 2015. Throughout Joshua’s high school career, he has excelled in every facet of his education, opting to focus on math and science. He has participated in several clubs, most notably of which the National Honor Society, and has consistently acquired grades that put him in the top 5% of his class. Joshua has also distinguished himself as an exceptional athlete during his time at Central High School, participating in three sports every year and achieving high honors in all of them. In Soccer, Josh has been All-City, All-District (1st Team), All-Conference, All-Region and All-State Honorable Mention.  During basketball, Josh wan named to the All-City 2nd Team his senior year.  He earned the team toughness award along with the Gary Sprague Award.  He was also named to the Liberty North Tournament Academic All-Tournament team. So far in Track, Josh has earned All-City (champion-2 years) in 300m hurdles, All-City 4x100m relay champion, All-Conference (champion 300m hurdles) and All-District (champion 300m hurdles).  Joshua’s has not committed to a college quite yet, but when he does, he plans to major in Mechanical Engineering and minor in Aerospace.