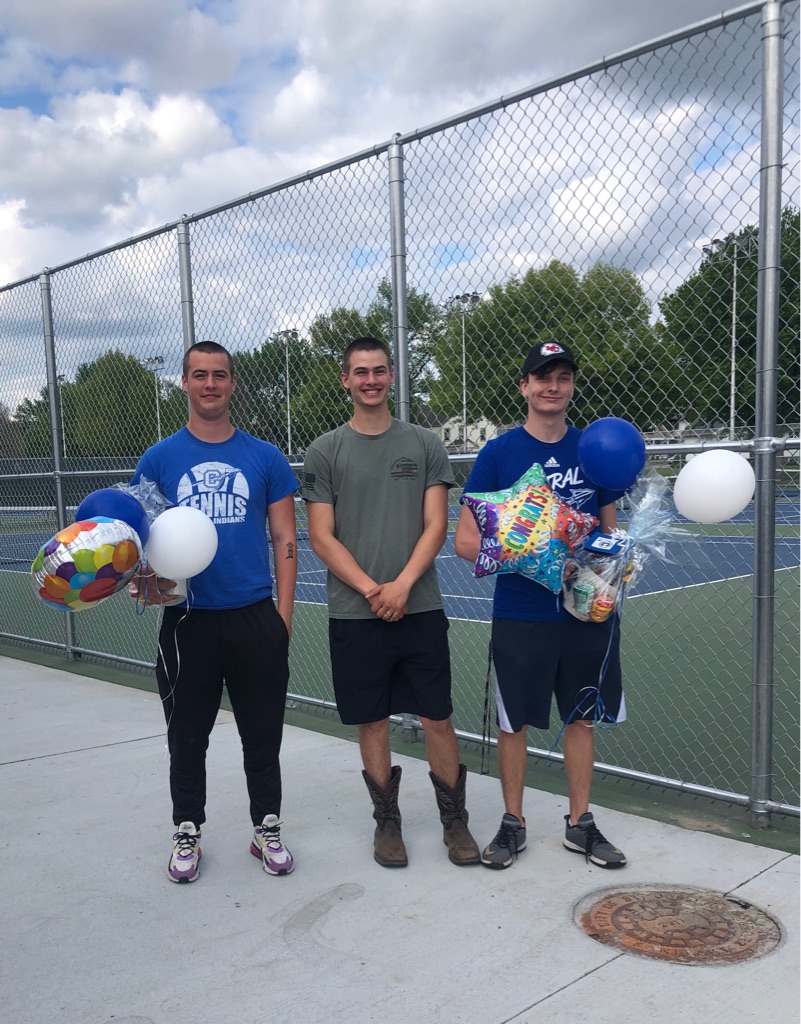 The 2020 Indians Tennis Team was given incredible weather to start the season, which just doesn’t happen in the spring. Nearly three weeks of hard work and a challenge match tournament were completed when the call was made to suspend the season. Expectations were high this year and the boys were ready to deliver a district championship to CHS. The team was led by a mix of upperclassman and standout freshmen. It was going to be an exciting season and Seniors Matt Davis and Joe Robb were key players.

Matt, you are an excellent tennis player! You rose to the occasion last year when playing number #1 and you continued to battle when facing some of the best players not just in the area, but the state and I was so proud of you for that. You and Joey were an exciting duo to watch in doubles and it was always fun to watch. I’m thankful that I was able to be your coach and practice partner from time to time. You’re going to go on and do great things!

Joe,  you received praise from your opponent’s parents repeatedly. I was always impressed that they mentioned how polite you were on the court to your opponent. You always seemed to know what you were doing wrong in matches which made it easy for me to talk with you and work on fixing what was happening. I’ll never forget the match you had at Lee’s Summit, it was a great battle and I remember that Cameron was cheering you on like crazy. You did an awesome job in challenge matches this year and I was proud of the work you put in. It’s frustrating that we weren’t able to see where that would’ve gone this season, but you don’t have to stop playing now.

These two seniors did a great job of representing Central in the time that I was able to coach them. They deserve better than to have their season be cut short, but that didn’t stop what they meant to the program. We are proud of you and your accomplishments. Congratulations and Good Luck!