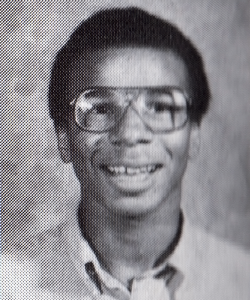 HEATH DUDLEY – Class of ’87
While at Central, Mr. Dudley was an outstanding basketball player and track athlete. Heath was a shooting guard/forward and received All-City, All-District, All-Metro, and first team All-State honors in basketball. In 1987 in his final high school game Heath scored 45 points, and went 19 of 20 from the free-throw line. Former Head Coach Mike Lafave said, ìHeath was the best built athlete, best practice player, and best basketball player I ever coached. He always gave 100%.î Heath also ran track for three years, and was a varsity letter winner each year. In 1987 his 4×200 relay made it to the state competition. After graduation, Heath played basketball at Missouri Western State University. He was a member of Missouri Western’s first NCAA Division II Men’s Basketball team. The team went 24-7 and won the MIAA Regular Season and Tournament Titles in their inaugural year in the league. Heath became Western’s all-time leader in games played, and three-point field goals made. He is fifth in free throws attempted, and fourth in free throw percentage. He is also sixth in career scoring. Following the 1987-88 season, Dudley was named Honorable Mention All-CSIC. Heath was a member of the Griffons 1989-90 basketball team inducted into the Missouri Western Hall of Fame in 2011. Heath works in quality assurance for Boehringer Ingelheim and owns and operates the Saint Joseph Basketball Academy. He resides in St. Joseph with his wife Maureen and has three children, Breanna, Brennan, and Maddyson. 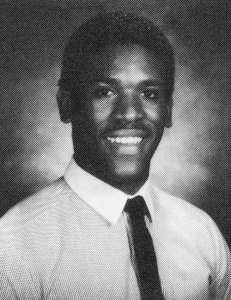 LARON HENDERSON – Class of ’87
While at Central, Mr. Henderson was a stand-out running back and football player. LaRon received All-City, All-District, and first team All-State honors in 1987. During his varsity career the Tribe compiled a 19-2 record and earned a trip to the state playoffs. LaRon also placed first in the state long jump, earning All-City, All-District and All-State honors in Track, as well. Former football coach Tony Dudik said, ìLaRon was one of those rare football players who could have played any position on the field. His toughness, passion, work ethic and competitive spirit were exemplary, and his character and genuine personality were above reproach.î After high school LaRon went to the University of Nebraska- Omaha, and is hailed as one of their greatest rushers. Henderson became UNO’s all-time leading rusher during his career from 1987 to 1990. He finished with 2,720 yards, putting him at the top of the school’s rushing chart (he is now third).  In 1990 in his last game with the Mavericks, he set a school-record 233-yard performance against South Dakota State in 1990. He was named to the all-North Central Conference team three times in his career. He is a certified teacher with more than 20 years experience working with students from elementary to college. His chosen career path allows him to work with individuals in prisons, schools, athletic programs, and churches. He is the author of You Are Somebody, a leadership development curriculum for young men. He is also a Co-Founder of Prepared Performance, a fitness and leadership development program for athletes. LaRon is married to Heather and is the proud father of Noni (21) and Justus (18). He is currently the Director of Program Quality for Collective Youth, and a High School track coach in Omaha, Nebraska. 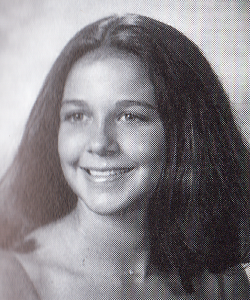 TAIRA ROTH – Class of ’00
While at Central, Ms. Roth excelled at both basketball and golf. Taira was a 3-year varsity letter winner on the Lady Indian basketball team. She received All-City honors her senior year, and was selected to the Benton Invitational All-tournament team. Taira also excelled at golf, and placed 7th individually in 1998 and 6th in 1999 at the Missouri State championship golf tournament. In 1999, the team finished in 3rd place at the state championship golf tournament. Former head golf coach Jim Perry said, “Taira always practiced with the boys from the middle tees, so with her distance, I knew Taira could beat the girls from the front tees.” She was also selected as a Drug Free Superstar, and received the United States Leadership Merit Award in 1999. After high school, Taira was a two sport athlete at Missouri Western State University. She played on the women’s basketball team and was a member of the 2002 MIAA championship team. Taira was named MWSU’s female athlete of the year in 2002-2003 and 2003-2004. Taira was part of the inaugural Missouri Western women’s golf program and earned National Golf Coaches Association all- American Scholar accolades in 2004. After graduating from Western with a BA in Recreation Administration, she served a a graduate assistant in women’s basketball at Central Missouri State University, under former coach Dave Slifer, while earning a masters degree in physical education/exercise and sports science. Taira was also an assistant women’s basketball coach at Lake Superior State University and Truman State University. Taira is currently the Director of Corporate Operations for Hillyards. She resides in Nixa, Mo. 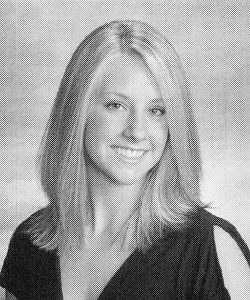 KATIE WENGER – Class of ’06
While at Central, Ms. Wenger, was an exceptional track athlete. She set school records in the 100 and 300 meter hurdles, triple jump and 4 x 400 relay that still stand today. Overall, Katie won 13 city, 10 conference, 9 district, and 4 sectional championships culminating in a state championship in the 100 meter hurdles. Katie was also state medalist 10 different times. During her time at Central, Katie received the Scholar Athlete Award, and was named Drug Free Superstar. She also won the Spartan Award for best female athlete, this given to the top male and female athletes in the senior class. Katie was the first female recipient of the “Ronnie Chase” Award, an award given to the most dedicated track athlete, one who exemplifies honesty, respect, loyalty, and unselfishness for their team and teammates. This award is now named the “Katie Wenger” Award. Former hurdles coach, Barry Reynolds said, “one of the greatest pleasures of my professional life was coaching Katie Wenger for four years.” Upon graduation, Katie attended the University of Missouri on a track scholarship and earned a Bachelor’s degree in Health Sciences. She received a Doctor of Physical Therapy from the University of Miami. Katie lives in Kansas City and works as a physical therapist at Truman Medical Center.

1976 MENS BASKETBALL TEAM
The Class of 1976 basketball team compiled a 22-5 season record – proving to be one of the most successful basketball teams in Central High School history. Before falling to eventual state champion Kansas City Center in the state quarterfinals, the ’76 Indians took 2nd in the LeBlond Holiday Tournament, captured the St. Joseph City Championship, the District Championship and Regional Championship. During the 1975-76 campaign, the Indians achieved a number 4 state ranking while winning 10 games in a row from January 2-February 22. Central scored 1859 total points, a 68.8 points per game average on the year, topping the century mark twice during the season. The Indians were led by head coach Gary Sprague and assistant coach Jim Perry. Former coach Sprague said, “the ’76 team was one of my favorite teams, they were not only good athletes, but a fun team to be around.” 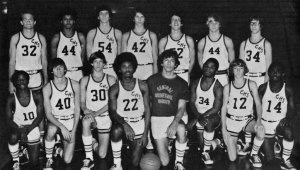