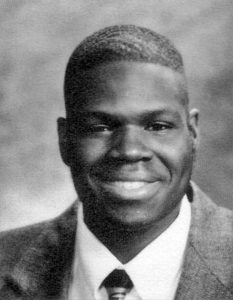 While at Central, Mr. Crittendon excelled in football, basketball, and track.   Aaron was the anchor of a physical offensive line that advanced to the state quarterfinals in 1995.   Following his senior year, Aaron received All-City, All-Conference, and first team All-State honors.  Aaron was also a 3-year letter winner on the Indians basketball team. He earned All-City, All-Conference, and All-District honors. In the spring, Aaron was a member of the Central track program where he received All-City, All Conference and All-State (1st team) honors.

After graduation, Mr. Crittendon went on to play football for the University of Missouri, where he started for three seasons and earned All-Big 12 (2nd team) honors.  While at MIZZOU, the Tigers participated in two post-season bowl games and in 2001, Aaron was voted offensive lineman of the year.  Following his career at MIZZOU, Aaron signed a free agent contract with the Kansas City Chiefs and played in NFL Europe for the Berlin Thunder.  Currently, Aaron is an assistant football coach at Lee’s Summit West High School. 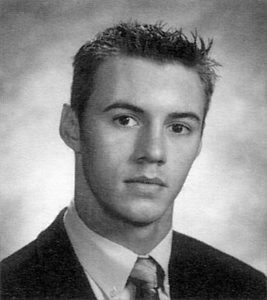 While at Central, Mr. Deleon became the most prolific running back in school history. He was a three-year letterman and starter for the Central football team. During his senior season in 1999, John rushed for 2,432 yards, averaging 7.1 yards per carry on 334 attempts for 234.2 yards per game, and scored 32 touchdowns. He had an additional 158 yards and 2 touchdowns receiving.  During his career, John rushed 598 times for 3764 yards (6.3 average), scoring 50 touchdowns and had 20 receptions for 196 yards and 2 touchdowns.  He set school records in rushing for a game with 347, rushing for a season with 2,432, touchdowns for a season with 34 and career touchdowns with 53.   Following his senior year, John was named to the All-Conference (1st Team), All-District (1st Team) and All-State (1st Team) as a running back.  He was the USA Today Missouri Player of the Year Honorable Mention, News-Press Offensive Player of the Year, St. Joseph Sports Inc. Male Scholar-Athlete of the Year, the United States Army Reserve Scholar-Athlete, and Kansas City Coaches Association Scholar-Athlete. Deleon was also a two-year letterman in both basketball and track.

After graduation, John went on to play football at Washington University in St. Louis.  He earned first- team All-Conference honors as a freshman.   A knee and shoulder injury his sophomore year ended his career.  John majored in finance at Washington University and after graduation moved to Los Angeles where he was employed by AIG. Currently, John works in sports television as a producer. He has produced shows for ESPN, Fox, NFL Network, and Fox Sports.  John and his wife, Jessica, live in LA and are active in a pit bull dog rescue organization. 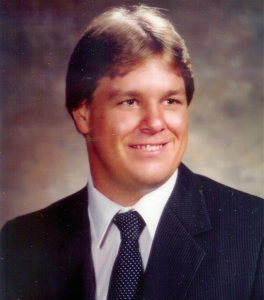 While at Central, Mr. Horn was a standout offensive and defensive lineman on the football team and dominated the mat at heavyweight in wrestling.  During his senior season, the football team compiled a 6-3 record, winning back-to-back city championships and defeating the number five team in the state, Columbia Hickman, 10-7 in over-time.  During the game, Mac blocked a field goal attempt to set the Indians up for a victory.  Following the season, Mr. Horn received All-City, All-District, All-Metro and All-State honors as a tackle.

Mac Horn was also a standout on the wrestling mat.  He won the heavyweight city title in 1980 and 1982.  During his senior season, Mac logged a 28-3-1 record, 22 of his 28 wins were earned by pin. Following the season, he earned All-City, All-District and All-State honors.

Currently, Mac is living in Blue Springs, Missouri.  He works for Unity School of Christianity in the Kansas City Area (Unity Village, MO) as a software application developer. 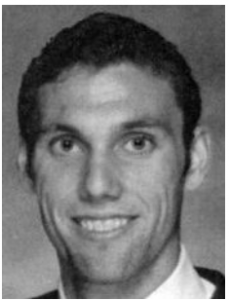 While at Central, Mr. Pullen was the most talented runner in school history. He excelled on the cross country and track teams.   He was a 4-year letter winner in Cross Country and earned (1st Team) All-Conference, (1st Team) All-District and (1st Team) All-Sectional honors 3 consecutive years while garnering (1st Team) All-State honors his sophomore and senior seasons.  During his career at Central, the Indians cross country team finished second in the state in 2004, finishing third in 2001 and fourth in 2002.  Chris is the only runner in school history to be on three of the four teams to place at state.

After graduation, Chris went on to run for the University of Missouri and later worked for PricewaterhouseCoopers, LLC in Los Angeles, California.  In 2013, Chris passed away following a tragic traffic accident at the age of 27. 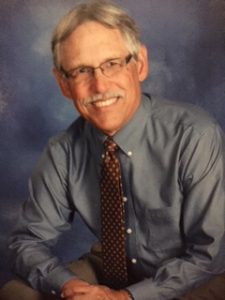 Barry coached every hurdler who holds a record at Central High School. Besides Central athletes, Barry coached Amateur Athletic Union, College, and elementary/middle school hurdlers. Numerous area schools reached out to him for training and his expertise.

Barry had an intense passion for coaching, and he always went above and beyond the average person by researching, studying countless hours of video, and dedicating many hours of time to his athletes. He is remembered for his passion and most of all his love of both the sport and the athletes he coached.

The Class of 1958 men’s basketball team compiled a 26-3 season record – proving to be the most successful team in Central High School history.  The Indians were lead by legendary Coach, Howard Iba.  Coach Iba spent 26 seasons at Central.  Before his passing in 1999, Iba was inducted into the Missouri Basketball Hall of Fame in 1992, and the Northwest Missouri State Hall of Fame in 1993.

1958 was a banner year for the Central basketball team; the team only experienced three losses during the season. Of the three losses, two were deemed upsets, one to Westport (34-32) another to Atchison (46-43), and the third during a thrilling bid for the State Championship against St. Louis University High.

Many individual players received special recognition at the conclusion of the season.  The entire starting team – Don Blakley, Kurt Brown, Gary Carter, Jack Stuber, and Don Briscoe – earned places on the All-City and Pony Express Conference All-Star teams.  Don Blakley was named to the State Tournament All-Stars, as well as, to the All-State 1st Team.  Don Blakley is a member of the Central Hall of Fame Class of 2013.

2017-18 marks the 60-year anniversary of this championship team! 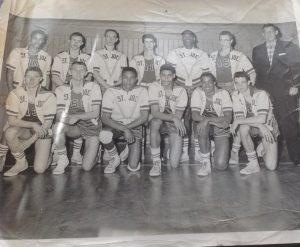