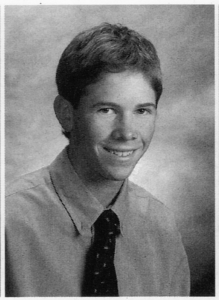 While at Central, Mr. Hegarty established himself as one of the greatest tennis players in school history.  Nick anchored the Central tennis team for four years.  He earned All-City, All-District and All-State honors all four years. He won multiple district championships, finishing 2nd in the state as a sophomore and winning the state championship his senior season.  Hegarty finished a combined perfect, 32-0 as a senior, setting two MSHSAA tennis records; winning percentage in a season (100%) and wins in a season (25).  Those records still stand today.  Nick also competed on the national level during his high school career, earning the #1 ranked player in the five state Missouri Valley region and career best ranking, #27 in the country.

After graduation, Mr. Hegarty went on to play college tennis at Arizona State University.  While at ASU, Nick was part of the Sun Devils’ 2004 NCAA Sweet 16 team and was named to the Pac 10 All-Academic Team.  Currently, Mr. Hegarty is Director of High Performance at the Elite Squad Tennis Club in Overland Park, Kansas. 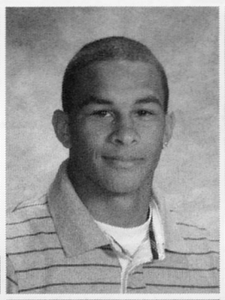 While at Central, Mr. Hill solidified himself as one of the most dominant running backs to ever step on Noyes Field for the Indians.  Michael earned All-City honors (2-years), All-Conference (2-years) and was named to the MSHSAA All-State First Team as a senior.  He also received honors on the defensive side of the ball where he was an All-City and All-Conference Linebacker.  Mike earned the respect of his teammates and coaches being named a team captain for his junior and senior seasons.  Mr. Hill also excelled in track and field for three years, earning All-City one year.

After graduation, Mike attended Missouri Western where he became one of, if not the greatest, running backs in Missouri Western history.  In 2012, Hill finished the year as the single season rushing leader at all NCAA levels (Division 1, 2 and 3), rushing for 2168 yards, and leading the Griffons to the MIAA Championship and NCAA Quarterfinals.  For his accomplishments, Mike was named the Division 2 Offensive Player of the Year and  Harlon Hill runner up.  The Harlon Hill is Division 2’s Heisman Trophy.  Following the season, Hill was invited to the senior bowl where he rushed for 148 yards on 12 carriers, scored two touchdowns, and was named the Senior Bowl MVP.

Hill went on to play for 6 different NFL teams including the San Diego Chargers, Green Bay Packers, Tampa Bay Buccaneers, Indianapolis Colts, Washington Redskins and Dallas Cowboys.  His Indianapolis Colts team won the Division, and advanced to the AFC Championship game where they lost to the New England Patriots. 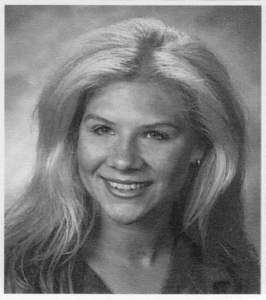 While at Central, Carly was a two-sport super star athlete in basketball and track.  Heralded as one of the best basketball players to wear a Central uniform, Carly earned All-City honors all 4 years, All-District – 3 years, All-Conference – 3 years, All-Area 3-years, and was named to the All-State team in 1999 and 2000.  During her 4 years, she scored 1,308 points (currently ranks 3rd all-time) and pulled down 837 rebounds (currently ranks 2nd all-time).   Her 1998-99 Central team won the District and Sectional Championships.  Following her senior season, Carly was selected to the NW Missouri All-Star team and the State of Missouri All Star Game.

As a member of the Central track team, Carly participated in the Shot and Disc.  She lettered all 4 years, earning All-City (3-years), All-District (3-years), All-Conference (3-years) and All-Sectional (2-years).  Carly still holds the Central record in the Discus at 114 ft 6 inches.

After graduation, Carly played for the Griffons at Missouri Western.  A three-year starter, she was part of four 20+ win seasons where her teams won two MIAA Championships and went to four consecutive NCAA Regional tournaments.  Carly still holds the single game record for 3-pointers made with seven.  Following her playing career, she served as an Assistant Coach at Missouri Western for 5 years under Josh Keister and Lynn Plett. 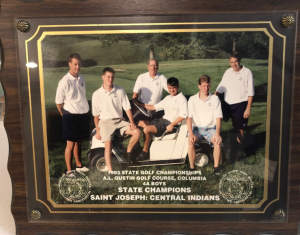 The Class of 1993 men’s golf team, following in the footsteps of the ’92 Hall of Fame team, made it “Back to Back” State Championships for the Indians.  The Indians traditionally played the Queen tune WE WILL ROCK YOU before every match, and followed it up with WE ARE THE CHAMPIONS after each victory.

Central defeated runner-up Rockhurst, 615-616, to secure the state championship and avenge the only loss on the season.  Central won every team event entered, including the District 8 title.  The Indians suffered their only defeat at the Kansas City Country Club to runner-up Rockhurst.  At the State Championship in Columbia, Missouri, the Indians were led by the following team members:

Mr. Chris McCan.  Chris was a two-time state champion on the ’92 and ’93 Central teams. Mr. McCan is a member of the ’92 Hall of Fame team.  Mr McCan was unable to attend this evenings ceremony.

Mr. Craig Sinclair.  Craig  was a two-time state champion on the ’93 and ’94 Central teams.  Craig was unable to attend tonight’s event, his father, Chuck Sinclair is in attendance to accept his his award.

Mr. Patrick Brock.  Patrick was a two-time state champion on the ’92 and ’93 Central teams.  Mr. Brock finished 35th individually at the ’93 Missouri state championships and is a member of the ’92 Hall of Fame team.  Following high school, Patrick attend the University of Kansas and earned a bachelors’ degree in Business.

Mr. Kyle Sinclair, Kyle  was a two-time state champion on the ’92 and ’93 Central teams.  Mr. Sinclair received All-State honors in ’93, placing 4th individually, at the Missouri state championships and is a member of the ’92 Hall of Fame team.   Following high school, Mr. Sinclair attended Missouri Western and lead the Griffons team to the NCAA Division II western regional championship and a trip to the NCAA D2 National championship tournament.  Kyle was named to the MIAA All-Conference team.  His 1996-97 MWSU golf team has been inducted into the Missouri Western Hall of Fame. 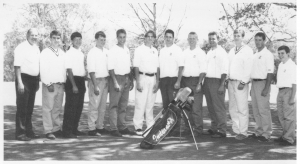 This team anchored the greatest run in Missouri High School golf history.  The Class of 1994 men’s golf team, following in the footsteps of the ’92 and ‘93 Hall of Fame teams, made it a “Three Peat” for Central golf.  The Indians three straight state championships ties the MSHSAA record of three consecutive state titles set by Columbia Hickman.  The Indians finished the regular season with 9-1 record and took first place in three of six tournaments.  Central also earned its third straight District Championship.  At the State Championship in Columbia, Missouri, the Indians were led by Rob Verbeck, Craig Sinclair, Adam McClure, David Haasis and Baker Haasis.

Members of the team agree that the toughest competition they faced was going up against their own team members to qualify to represent the Indians.  Let’s meet the members of the 1994 Hall of Fame golf team:

Mr. Rob Verbeck.  Rob is member of the ’93 State Champions and Hall of Fame team.

Mr. Adam McClure – Adam is a 3X State Champion and top medalist for the Indians.

Mr. David Haasis, David earned All-State honors individually finishing in 7th place led the Indians to its third straight championship.  Mr. Haasis was a three sport athlete at Central including Football and Basketball.  David was the quarterback that led the ’95 team to the District Championship.